This exhaustive (but only mildly exhausting) buying guide walks future homeowners through the whole process. 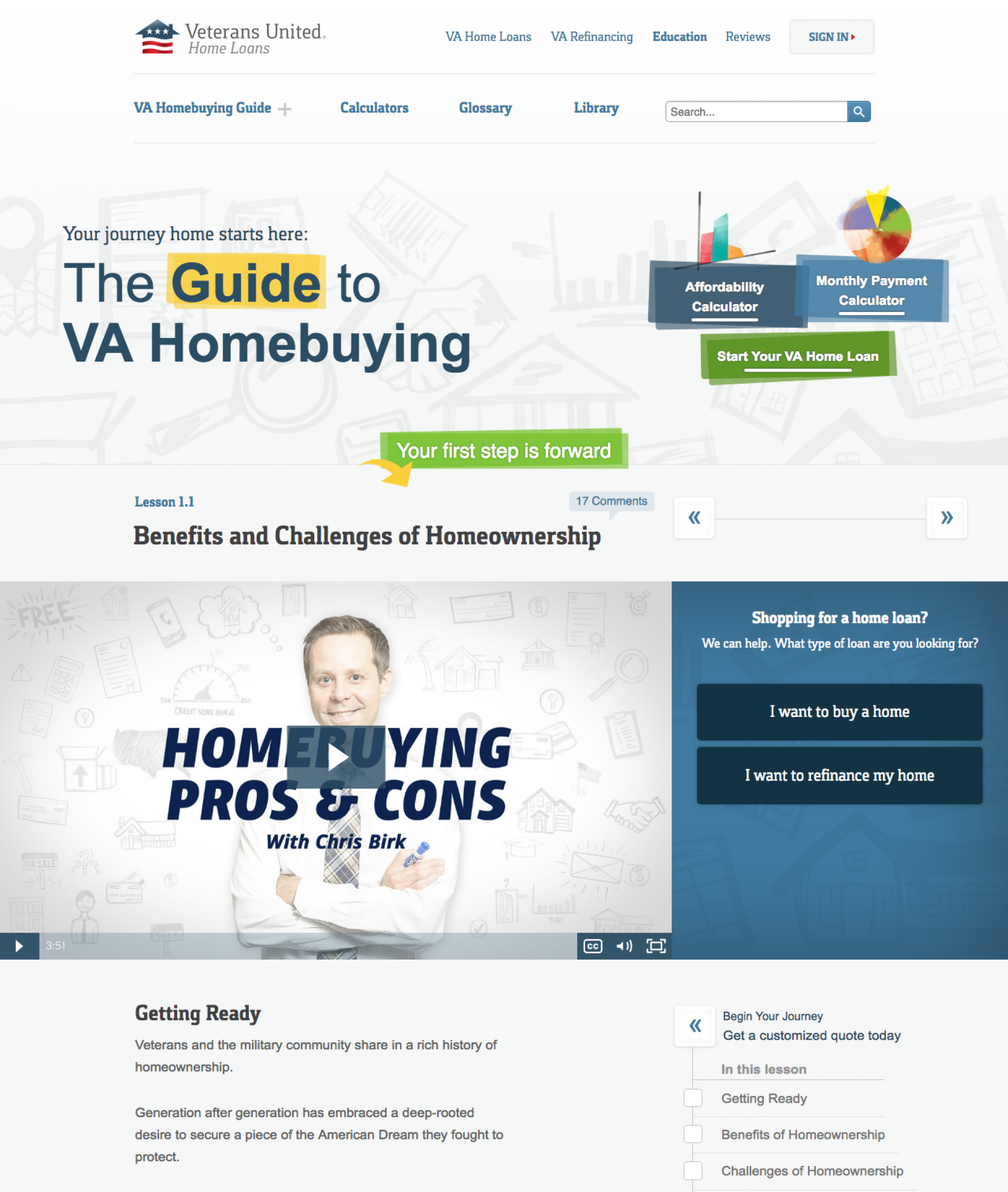 Originally intended as a separate standalone learning management system product, this guide proved to be most valuable as a long tail marketing and lead incubation tool.

Conversion minded from the beginning

Many content projects are built without planning for lead generation, so conversion opportunities become bolt-on features that never quite feel integrated.

From the beginning, lead forms were planned and integrated into the design in the video players, content modules and unit completion screens. 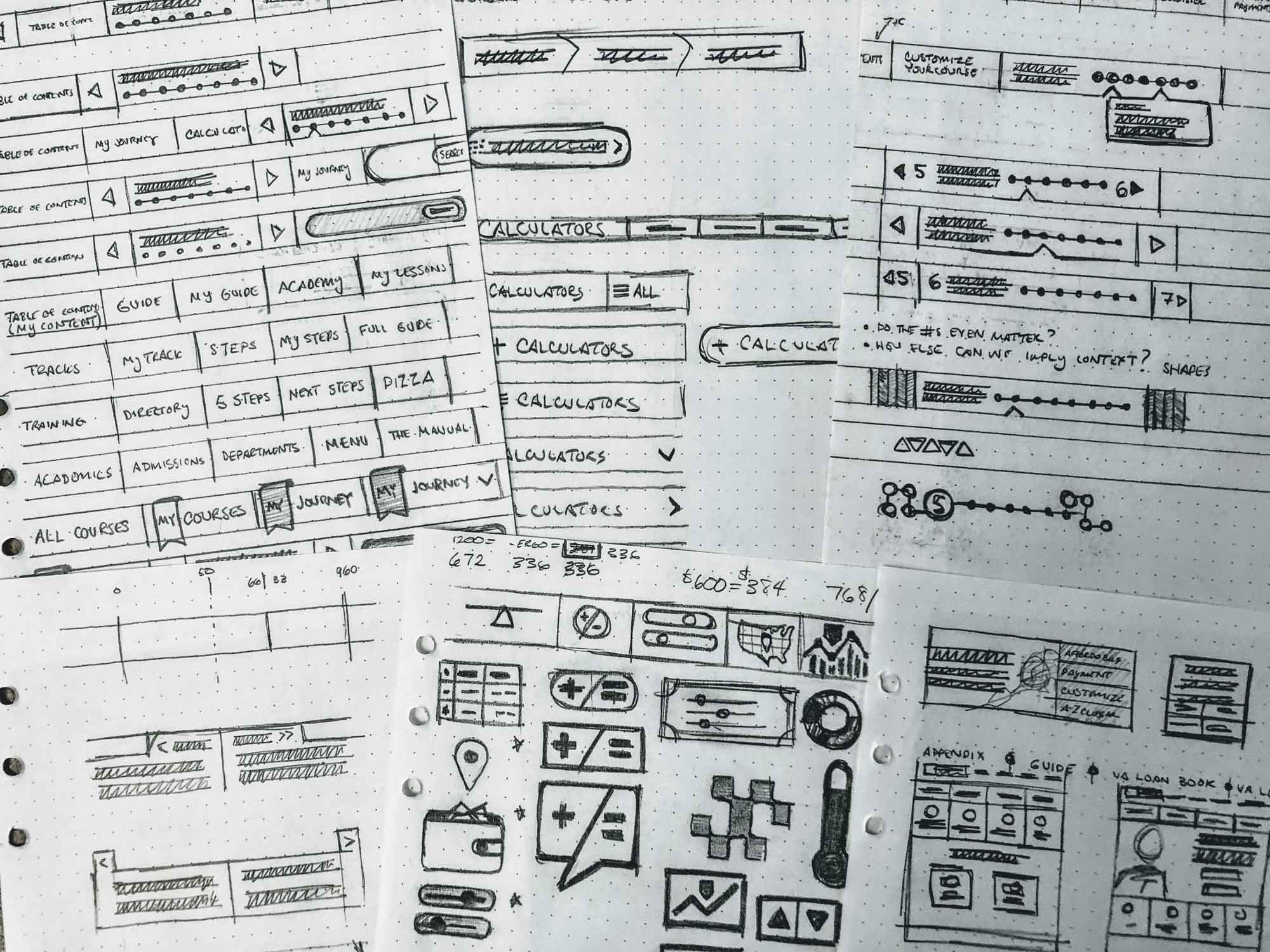 Killing favorite elements in favor of conversion is bittersweet, but necessary.

Lessons learned along the way.

Superfluous branding was leading some potential customers to leave (seeming to believe they were on a third party educational site) to find a lender.

Excessive lesson navigation in earlier versions emphasized the breadth and depth of the course, but only distracted from the content.

Another challenge of this product was always how to freely give this product away while not inviting cheap conversion gimmicks that would ruin trust. It was essentially a struggle for the soul of the product.

The original branding for the guide was made to feel like a separate organization in the hopes of gaining credibility and a channel for softer sales and lead incubation. However, through user testing and feedback, we learned this only added unnecessary complexity.

Removing the Homefront branding with a simpler layout resulted in a 20% boost in lead generation without sacrificing quality.

To infinity (and back)

Infinite scrolling the content seemed like a no-brainer, and while it increased consumption through testing we learned it lead to a 40% drop in conversion.

Even though we added celebrations at the completion of each unit (confetti and encouraging big green buttons), the lack of interruptive stopping points meant that customers were less likely to make a decision to begin the process.

Selling the product doesn’t happen on the lead form, it happens in all the interactions leading up to that moment.

The expanding navigation feature doesn’t just allow piece by piece clicks. It instantly gives people a sense of the breadth and depth of the guide. 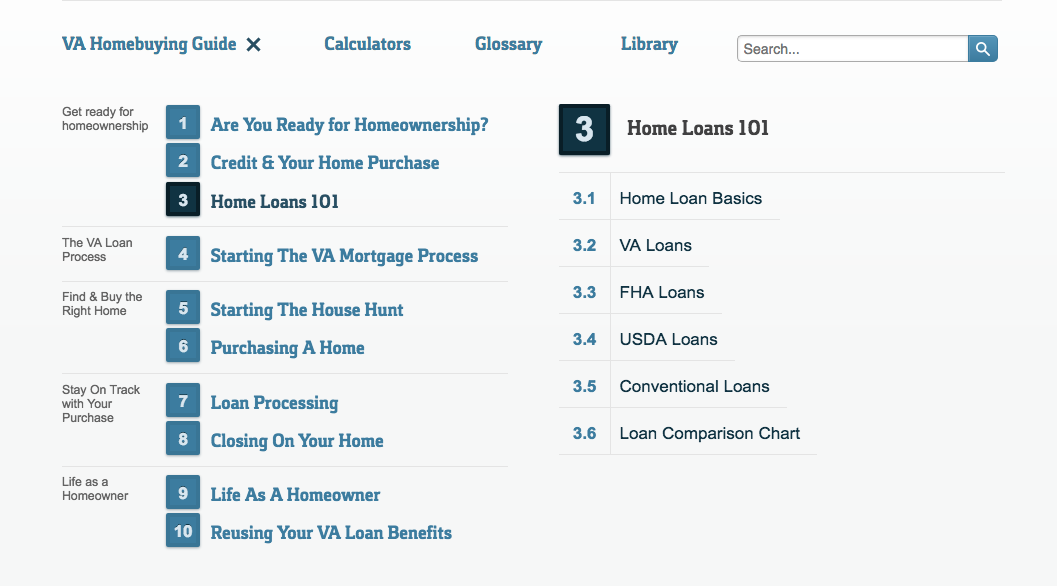 Page not found… but results are

404 page urls are turned into searches, making sure that people are (actually) helped when something goes wrong. 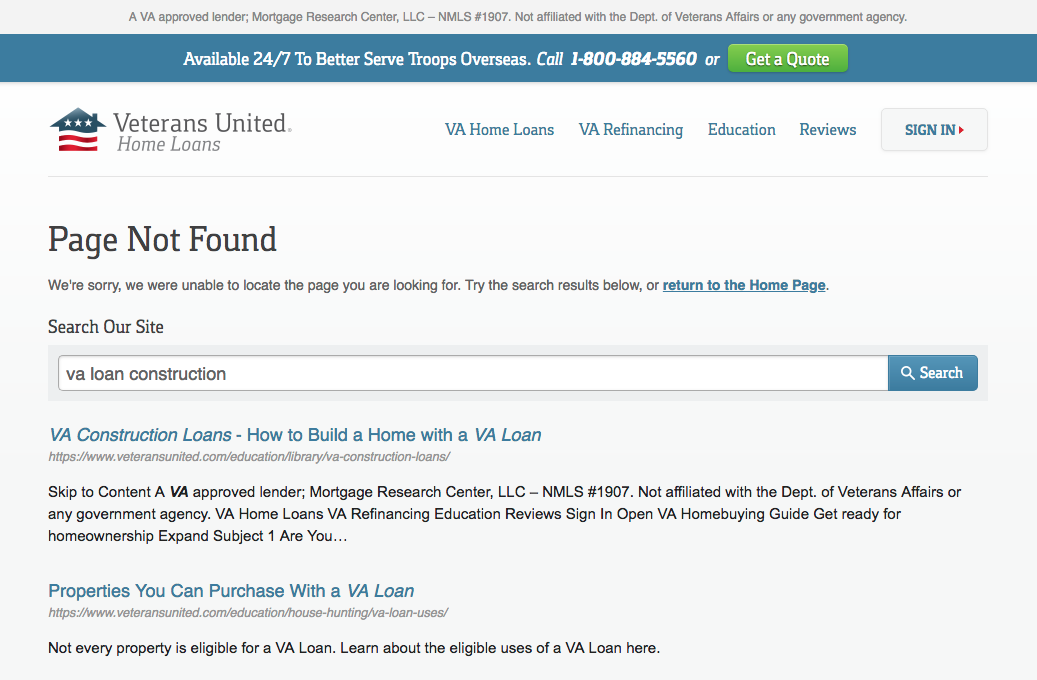